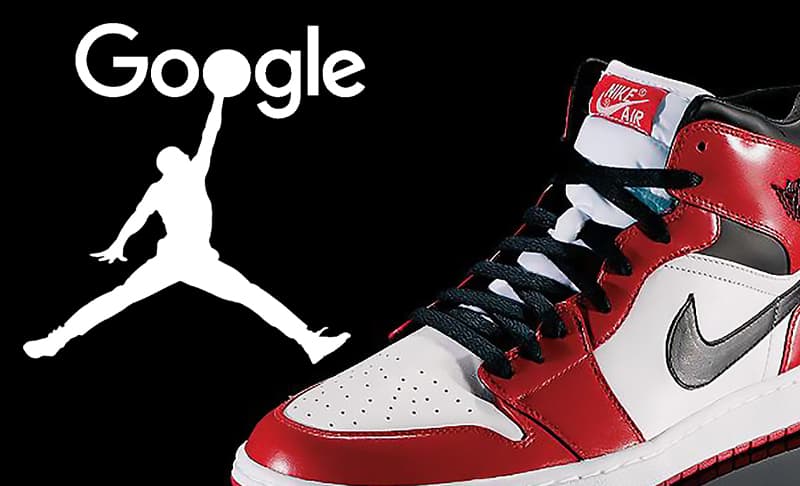 Is your SERP suffering due to another Google Core Update? No worries, read this piece and learn how to win by being like Mike. And Marcus.

On April 19th, 2020, millions of “wookies” prepped for a COVID compliant 4/20. Meanwhile, the rest of the world was glued to their favorite flavor of monitor. They (I being one of they) were all watching the first installment of a 10-part docuseries about the last championship in the unparalleled career of Michael Jordan. It was called “The Last Dance.”

On May 4th, 2020, millions of pleebs dawned Wookie masks for a COVID compliant May the 4th. Meanwhile, the crackpots at Google determined it was an opportune time for them to roll out a massive core update.

Why do I mention all this? Is it because at one time I was a short, fat, white boy from Rutland, Vermont who obsessively begged his mother for a pair of Air Jordan’s every year in a clear case of psychopathic hero worship?

It’s because I remember, all too well, being a fan of Michael Jordan when he wasn’t a six-time NBA Champion, six-time NBA Finals MVP, and five-time NBA MVP.

I remember a time, all too well, when “His Airness” would repeatedly get his ass beaten down by the then back-to-back NBA Champions, the Detroit Pistons.

When — no matter how hard Jordan played, how well he played, or how many points he scored—he would wake up the next morning beaten, bruised, and on the 7th hole at Pinehurst while the Detroit Pistons were hoisting the title over their champagne soaked heads…

No matter how hard you work, how much money you spend,  or how many “experts” you hire — you wake up the next morning, beaten, bruised, and on the 7th page of a Google search while your competition is at the top of page one…

In the middle of a global pandemic.

So, the purpose of this blog is to explain how Michael Jordan, the greatest athlete of the 20th Century, finally figured out how to overcome the “Bad Boys” from Detroit and their thuggery.

The purpose of this blog is to introduce you to a man named Marcus Sheridan.  The owner of a company right in the cross hairs of the Great Recession of 2008.

The purpose of this blog is to show you how by implementing the lessons learned by the two characters of this story, you will not only stop sweating over ill-timed, inappropriate algorithm updates…

And the purpose of this blog is to help you create a goddamn dynasty.

So, what do you say, let’s crank the Jock Jams, throw on the Hammer pants and head back to 1990?

There was a time before Google.

A time when you had to use something called Encyclopedia Britannica to find out whether or not your friend was full of shit when he claimed a worm could have a higher body fat percentage than a blue whale.  (It’s true. An Army cutworm can have 72% body fat while a blue whale will come in around 35%.)

There was also a time when what is considered assault everywhere else in the world was only a personal foul in arenas of the National Basketball Association.

And the Detroit Pistons understood one thing—every player on their 12 man roster gets 6 personal fouls each per game. And they were going to make sure as shit that each one of them counted.

Especially when they played their rivals, the Michael-Jordan-led Chicago Bulls.

Now, understand this, Jordan’s greatest strength was also his greatest weakness — his competitiveness.

What was happening? Jordan would do what Jordan was so damn good at. He would drive to the basket ready to soar above everyone and slam that brown leather ball on the face of the Bill Laimbeers, the John Salleys, and the Dennis Rodmans of the world.

Except, those three guys had one intention too…to break Jordan’s neck any time and every time he and his wagging tongue penetrated the lane.

They were more successful at their objective than he was at his.

Simply put, doing what he, Jordan, was good at, wasn’t getting the job done.

So, after Chicago got beaten, and I mean beaten embarrassingly bad in Game 7 of the 1990 NBA Eastern Conference Championships to the Pistons—Chicago decided they needed to change.  In particularly, Jordan needed to change. He beefed up, putting on a solid 15 lbs of muscle. And he realized that he couldn’t be the team’s only option to score.

The greatest player in the history of the damn sport realized he needed to change to win.

And you know what the Bulls did in the 1991 season? They not only beat the Pistons, they swept them. They humiliated them. In Detroit.

You see, Detroit did what Detroit always did and that’s behave like a bunch of bullies pushing people around because they could.

However, the Bulls didn’t fight back. Because toughness doesn’t necessarily mean ruggedness.  It could be intelligence.

For you see, whenever Michael, Scottie Pippen, Horace Grant, or any other Bull got thrown to the ground– they got up, dusted themselves off, and they made baskets.

They got up, and they made free throws.

They got up, and they shut Detroit down.

Chicago saw an opportunity and seized it.

And they never let go.

Imagine if you did that.

Imagine not being beaten down and declaring that, no matter what you do, you were one Google update away from being irrelevant.

Imagine not sinking into a bottomless pit of depression because of  an unforeseen pandemic.

Imagine if you saw it as an opportunity.

Well, good point. You’re right. He’s much more handsome than you, too.

But realize this, the man who was better than everyone realized he had to evolve in order to reap the greatest of rewards—a championship.

You’re right, that’s why he was so damn special. Why he is so revered ‘til this very day by so very many. And why millions of people were captivated by his story 20 years later.

However, let me introduce you to someone who isn’t Michael Jordan.

Let me introduce you to a pool guy…

It was a funny time. So different from the 90’s.

I mean, in the 90’s the most famous, or infamous, things typically happened to sports stars, well, one sports star more than others:

And then there were those in sports that became stars because of what happened outside of their arena:

We were the ones decimated by 9/11 and the housing crisis. We were the ones watching our sons, daughters, brothers, sisters, and friends being sent to the Middle East for a not-so-clear reason.

God, for those who lived through it, especially as a professional—for a good amount of time, more sleep was lost than gained.  And during this time, about a two hour drive south on I95 from Washington D.C. was Marcus Sheridan and his company, River Pool and Spas.

Now, for those of you who were too young or too busy slamming Red Bull and Vodka while listening to Coldplay—Being the owner of a construction company in 2008 provided you plenty of “free time.”

Being the owner of a pool and spa company during a housing crisis was like selling a Devil Dog to the Pope.

But being the owner of a fiberglass indoor pool construction company during the greatest housing crisis in U.S. history was comparable to owning the rights to a “Hands Across America” campaign during COVID-19.

However, our guy, Marcus Sheridan, took this time and did something unheard of—he doubled-down on content.

If you’ve been following the JEG DESIGN INC blog for some time, you know that last year Google rolled out another massive core update. This one wasn’t in the middle of a global crisis. How nice of them. But this caused so much angst and blowback from SEO’s and small business that Google decided (wisely, as opposed to rolling out a core update during a goddamn pandemic) to write a blog, a playbook to help assure you that you and your company would not be impacted when these sorts of things transpire.

In a world of hyper-fast change, Google does the exact same thing, just differently.

But back in 2008, there was no playbook. Yet, Marcus Sheridan understood a simple premise:

Provide content that is unique, engaging, and provides solutions to his customers problems.

And we’re here to tell you, this still applies today…

I don’t know if this will be updated in the future because right now, in the middle of COVID-19, none of us have a clue as to what tomorrow will bring.

However, despite how obnoxious it was for Google to perform their latest core update, it proved one undeniable fact — Google is never going to change.

They are continuously doing the same thing over and over again. They are going to continue to perform updates which will sting you, which will bruise you, which will make you feel like you’re being bullied.

But here is the thing, you have the answer to this. Michael and Marcus gave it to you in their own ways…

It’s the innate human ability to adapt, to evolve, to grow, and to fight the fuck back.

It’s not about getting slammed in the face, crashing to the hard maple floor, jumping up and getting into a fight. It’s about calmly standing, composing, drowning two free throws and winning the goddamn game.

It’s not about getting decimated by a housing crisis when your family’s livelihood relies on providing people unnecessary luxury items. It’s about reaching out to those people and answering their questions. It’s about seeing people for much more than a dollar sign.

In a world of automation, it’s about being human…

Ya see, Michael Jordan taught us that despite being the best to ever play, he needed to evolve to be a champion. He needed to change what he valued most.

Ya see, Marcus Sheridan taught us no matter how impossible the situation, being human really pays off. You just have to be ambitious and vulnerable at the same time to connect with those who, like you, are suffering in an unprecedented time. He knew that, at the time, what people valued most wasn’t his pools or his spas—they valued transparency, honesty, and a willingness to be informative.

Today, Michael Jordan is regarded as the GOAT. The greatest of all-time. But it’s nice to remember when he wasn’t.

Today, Marcus Sheridan is the owner of the most heavily searched pool company on the world wide web. But it’s nice to remember when he too was afraid, like you.

Today, we live in a world where the definition of value has drastically changed.

Michael used to value scoring, but then, he valued winning.

Marcus valued business, but then, he valued engagement.

We used to value luxury, but now, we value necessity.

So, what do we at JEG DESIGN INC suggest?

We suggest you assess what you value…

And, then, we suggest you go out and build your goddamn dynasty.

Keith is a freelance writer with over a decade of experience in marketing and advertising. He’s written nearly a thousand ads for a variety of industries, from farming to auto dealers to government services. To contact Keith, email him at [email protected] or find him on LinkedIn. And be sure to check out his portfolio.

PrevPrevious5 Critical Tips On How to Be an Efficient Remote Worker
NextWeb Design Trends: Solid Frames of White SpaceNext