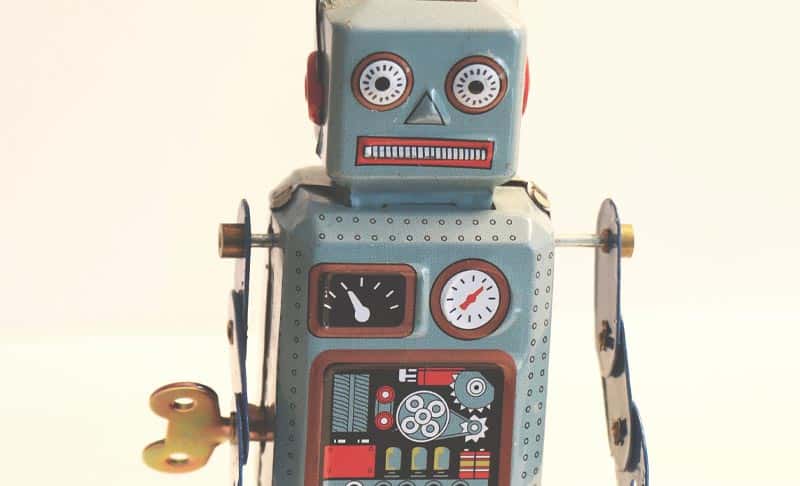 Question, high IQ or EQ? The answer may shock you. Read our latest blog to find out why….

You’re driving down the road on a wild and stormy night. You approach a bus stop and standing there are three people:

• An old lady who is dying.
• An old friend who once saved your life.
• The perfect mate you’ve always dreamed of.

Who do you save?

• The dying old lady because if you don’t, an eternity in hell watching nothing but re-runs of the Jersey Shore awaits you.
• The old friend because not only did they save your life once, they know your car and you’ll be shamed on every social media platform that exists. Even MySpace.
• The perfect mate because you’re so over Bumble, OkCupid, Plenty Of Fish, Tinder and Christian Mingle.

While a person with a high IQ would tell you the perfect answer, the person with a high emotional intelligence will give you the right answer.  An answer I’ll be more than happy to provide you…at the end! (BAM! Now you have to read this whole thing. #bouncerate)

For as long as it has mattered, a person’s intelligence quotient, or IQ, has long been regarded as the barometer measuring the success of an individual. However, more findings are discovering this to not necessarily the case. Frankly, a person’s emotional intelligence may very well be the human growth hormone of the business world — a game changer.

And they’re a whole lot happier too!

Matter of fact, it was only a few days ago when I attended a digital seminar about The Future Of Customer Engagement presented by Hootsuite.  During this presentation, Hootsuite’s Chief Marketing Officer, Penny Wilson said the following, “if you’re not focusing on emotion, you’re focusing on the wrong thing!”

In the piece before you, we’re going to tell you:

• What emotional intelligence is.
• Why it’s imperative you possess it.
• And how precisely you can obtain it.

And here is the beautiful thing, unlike an IQ, where you’re either born with a high one or you aren’t, you not only can acquire emotional intelligence, you can grow it as well!

What is Emotional Intelligence?

Emotional intelligence is the ability to understand, manage, and control your emotions—all the while, possessing the ability to empathize with others.

There are five common components of emotional intelligence:

Let’s define each, shall we? I’ll give you a clinical definition and then give you my translation.

The ability to recognize and understand your emotions and the effect those emotions have on you and others around you.

Is the ability to think before acting and suspend judgment about a situation, person or experience.  With self-regulation, redirecting disruptive impulses is a must.

Understanding the emotional state of those around you. In other words, it’s the ability to sense the emotional temperature of a room.  Social awareness also encompasses recognizing how your words and actions affect others.

Is the passion you have for work that goes beyond money, recognition or promotion.

I promised my own translation, for that though, I have a little story for you…

Pro Football Hall of Famer Lawrence Taylor was, and by many is still regarded as the greatest defensive football player in the history of the National Football League.  For those of you who saw the movie The Blind Side, his stomach-turning, vomit-inducing sack of Joe Theismann was the catalyst for the film.  (Yes, I provided the video link to it. And yes, I am a New York Giants fan.)

Anyway, LT was preparing for the playoffs. His New York Giants were playing the Los Angeles Rams. (This is before the Rams moved to St. Louis and then back to Los Angeles.)  Well, the offensive lineman LT would be lined up against, left tackle Irv Pankey, dominated LT in prior matchups.  And LT’s coach, fellow Hall of Famer Bill Parcells clearly knew it.  So, when LT showed up to practice the week of the game, Parcells left a present for him — a plane ticket to New Orleans.

Why? Well, that’s exactly what LT wanted to know too. So LT marched into Parcells office and the story goes a little something like this:

LT: (Irate, and probably high on coke or crack or both.) Do you want to tell me what the hell this is all about?

Parcells: (Cool, calm and probably eating a bear claw.)  Sure. Ya see, you don’t play very well against Pankey, and well, there is a guy down in New Orleans who does. (Pat Swilling) Matter of fact, he actually wears the same number as you (56) so all you have to do is swap helmets and send him my way. Because that guy has a better chance than you against this guy. (Pankey)

What also followed was LT going out that Sunday and having the greatest playoff performance of his career. (Two quarterback sacks.)

You tell me, does Bill Parcells have a high emotional intelligence?

In that story, Parcells understood his own emotions,  understood LT’s emotions, grasped the volatility of the situation, he remained calm when LT was ready to kill him, (and LT easily could have) and he knew precisely how to motivate LT.

That’s my definition of emotional intelligence. The ability to motivate and inspire a variety of flavors of people. It’s one thing to inspire, empathize, sympathize and/or motivate one person or even a couple of people.  But special people, those with a high emotional quotient, can inspire the masses by varying their message to cater to that person’s specific needs.

And sometimes, when to omit saying anything.

Why is it imperative to have emotional intelligence?

I don’t know if you got it from the story about LT and Bill Parcells, but Parcells was one of the great leaders in the history of sports.  He possessed the ability to ignite, and the skillset to defuse.  Which, if any of you have ever been managed by a god-awful leader, you know how invaluable people like that are.

Not only is a emotional intelligence imperative for decision making, it’s also critical for stress management. We currently live in a world of one-click convenience, instant gratification, and dubious distractions. Unfortunately, if one of those things is thrown off-kilter—we snap.

Pretty sure before the year 2012, I didn’t have a clue what Blu-tooth capability in a car meant. Then, well, I did. I’m driving around, making phone calls like I’m a tele-marketer with a quoata, letting everyone and anyone know I was calling from my car.  Like they couldn’t tell be me screaming into the speaker six-inches from my nose. And then, well, it stopped working.

I’m pressing buttons, then screaming. Pressing more buttons, followed by insane screaming. People in traffic next to me thought I was going to go full Michael Douglas in the movie Falling Down.

Despite spending  17 years of my driving life without this feature, I lost my mind. You tell me, did I lack emotional intelligence? (Or am I a psychopath? Don’t answer that.)

Emotionally intelligent people have the ability to resolve problematic situations and circumstances with a clear head and calm disposition.

Imagine having that when your best client is upset.

Better yet, imagine having that when your worst client is upset when revenues are down.

Or better yet, imagine having that when your best client leaves you when revenues are down.

How To Become Emotionally Intelligent?

Mindfulness.  Many of you are familiar with this.  For the rest of you, your only exposure to it is that hippie’s profile you skimmed before you swiped right on Tinder.

Just like Bill Parcells above with his star linebacker, he needed to access the situation, know the person he was dealing with, then, and only then, take appropriate action.

I once had a boss who I loved dearly. I also despised him with every fiber of my being.  If you’ve ever been married, you know exactly what I mean.

I don’t respond very well to that.

What do I respond well to? Guys like Bill Parcells.

I have this soon to be stepson, Noah. He, like me, loves sports. Kid can pick up a baseball and fire it to where he wants it to go.  He’s coachable. Highly coachable.

“Noah, do me a favor, slide your foot over here and grip the ball like this,” I instruct, like I know what the hell I’m talking about.

“Like this?” He asks as he does it precisely as I instructed.

He rifles it to me in my crouched position to me, this time the ball has a little more velocity and his accuracy is pinpoint.  He eyes glisten with astonishment. Mine reciprocate with pride.

You have to know who you’re talking to and how to talk to them. But how do you do that? By being curious. By engaging. By learning. And by listening.

You want my advice on how to be emotionally intelligent? Listen to people. Learn about people. And eventually, you’ll learn about yourself in the process.

You’re driving down the road on a wild and stormy night. You approach a bus stop and standing there are three people:

• An old lady who is dying.
• An old friend who once saved your life.
• The perfect mate you’ve always dreamed of.

Who do you save?

You give the car to the friend, let him take the elderly woman to the hospital and you stay and wait for the bus with your perfect partner.

People with brilliant IQ’s have this amazing ability to figure out how to make things perfect. Symmetric. They can and will create the perfect box.

People with high emotional intelligence possess the ability to think outside of the box.

But it’s up to you to figure out how to address it, how to address them, and how to do it in a manner which is informative, educational, and rewarding.

Why would you want to have a high EQ or emotional intelligence?

Because if you don’t, you may miss out working alongside the client, colleague, partner of your dreams.

Keith is a freelance writer with over a decade of experience in marketing and advertising. He’s written nearly a thousand ads for a variety of industries, from farming to auto dealers to government services. To contact Keith, email him at [email protected] or find him on LinkedIn. And be sure to check out his portfolio.

PrevPreviousInfluencer Marketing: Facts and Fictitious Followers
Next5 Tips On How To Develop a Work-Life BalanceNext