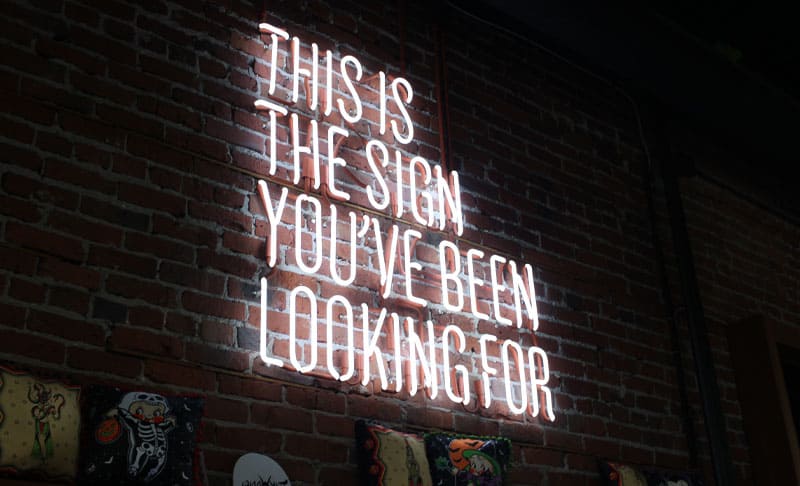 Influencer Marketing is the sexy, semi-new fad in marketing. Yet is all what it appears to be?

Back in my day…

Nothing good ever starts with those four words. However… back in my day it was the 90’s and during the 90’s, I was a short, fat, white kid living in Rutland, Vermont.

Today I’m just short and white residing just outside of Atlanta, Georgia.  Back then though, I wasn’t all that different from a lot of kids roaming the streets(totally subjective) — I had an obsession (bordering on infatuation) with Michael Jordan.

Many only recall Jordan as sitting on a throne atop the zenith of professional sports. But it wasn’t just the 94 x 50 foot maple wood basketball courts he dominated…

It was the marketing world.

Michael Jordan was the ultimate pitchman with a resume including, but not limited to behemoths such as:

Michael was the ayatollah of celebrity endorsers.

Here is the thing though…

Do you think in-between 7 games series with the Detroit Pistons and the New York Knicks his “Airness’ was shoveling down a Big Mac, sipping on a Coke Classic, while wearing his Hanes tightie-whities, cruising around in Chevy Blazer?

I’m going to wager no. (Pretty sure MJ would take that bet…If you get that, good for you.)

And this is a reason why the latest, hottest trend in marketing has come in the form of what are referred to as “influencers”.

First, for those of you who still wear Air Jordans dunking on Nerf Hoops with your tongue sticking out…Allow me to explain what influencer marketing is.

Influencer marketing is designed to tap into an existing community of engaged followers on social media. Influencers are specialists in their niches. These individuals have influence over an audience you might be trying to reach, and can be helpful marketing to those buyers.

Just so we’re all on the same page here, the reason why influencers came into existence is because consumers, in particular the millennial demographic, didn’t believe these celebrity pitchmen were actually using the products they endorsed.

Now, this doesn’t mean all endorsements are meant to manipulate the consumer while never even touching the product they promote. Let me tell you a story to give you and example of one of the best endorsements I actually got to witness first hand on a daily basis:

I worked for a group of radio stations with a local celebrity thanks to his political talk-show and  polarizing views.  Coming out of every commercial break (stop-set), he would tell you about a product or service.  He was spectacular. Giving details and real-life situations where the product/service really benefited his life.

• The doctor who monitored his heart.
• The heating company that increased efficiency while reducing costs.
• The paving company who would seal his driveway after a long, hard, cold Vermont winter.

Here is the thing, he would only do these for products or services he used. I actually had a client inquire how he could get the host to promote his product.  When I approached the Rush Limbaugh Jr., he refused. He didn’t use the product and had zero interest in doing so.

This are what are referred to as live endorsements. They are genuine and they are authentic.

This is exactly what Millennials are searching for when it comes to influencer marketing.

People who are experts in a niche world who use products/services specific to that world.

Unfortunately, or fortunately, depending on who you ask — skepticism does exist when it comes to influencer marketing due in part to its potential for fictitious influence.

But to first reveal what is happening with this latest trend of marketing endorsement– you must first understand the power influencer marketing currently possesses.

In 2016, 94% of marketers found influencer marketing to be effective.

Allow that to marinate for a moment and when you’re done, let me tell you this– I worked in the world of marketing for over a decade. I still do. If you were to survey 94% of the clients I worked with, I’m pretty sure their response would be, “Who the hell knows if any of it works?”

But that’s not the big reveal — The Social Chain Group conducted a study.  They monitored 10,000 popular social media influencers. They found that 25% of the influencers, 2,500 of them, used false engagement methods, which included but was not limited to buying automated followers!

Essentially, when someone is seeking an “influencer” the first thing they may view is how many followers this individual has on their social media platform of choice (93% of them currently reside on Instagram).  While on the surface, this may seem to be a no brainer, I want you to do something for me…

Go to your Instagram account, conduct a hashtag search.  This is done by typing in # and whatever word or phrase you want. For example, if you were to type #shirt—You will see that 17.6 million posts have used that hashtag.  Now, take a pic of a shirt, your favorite shirt. Post it and in the post use the aforementioned hashtag, #shirt.  I promise you the moment it is posted, you will gain instant likes and followers you never even knew existed.  All of which hoping you will follow back.

“…social media influencers can help brands effectively and profitably promote marketable authenticity. However, social talent may not be showing their authentic selves and their lack of transparency could hurt partnering businesses if they fail to do their due diligence.”

The trend of using social media influencers doesn’t seem to be dissipating anytime soon.  Especially when it’s been found for every dollar spent by marketers, there is an average ROI of $7.00.  However, if I know this, and you know this, you can be assured people desperate for easy income know this.  Especially when all it takes is a simple purchase of followers by one of the many companies out there who provide such service.

But to do something because it’s trendy doesn’t mean it’s smart. I mean, I’m pretty sure I have a pair of Zubaz pants with a Velcro belt in storage as we speak.

While Michael Jordan may have not been wolfing down a Ball Park Hot Dog before facing Magic Johnson in the NBA Finals—You know he was actually speaking to legitimate people when he said he was.

And at the end of the day, it’s in your financial and personal best interests to make sure that pretty new website Jon at JEG DESGN INC. created for you is seen. It behooves you to make sure that wonderful content created for you by Keith Hannigan is read.  And it is imperative that the influencer you choose isn’t out there pretending to hold your best interests at heart.

You want someone who speaks from their heart, telling people why they MUST do business with you.