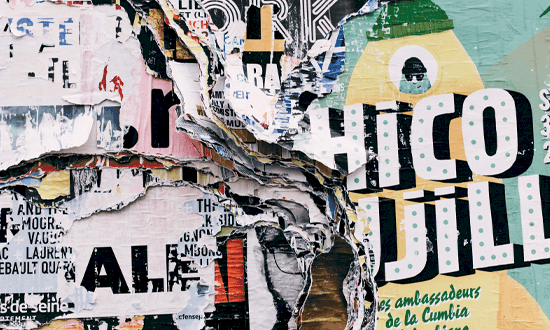 Thinking about a graphic design career, but petrified of the naysayers? Go to the source, a man who turned his graphic design knowledge into success!

You’re giddy. And you should be.

Life has consisted of nothing more than being broke and going to class. Sure, in between were a few keg stands and gravity bongs, but other than that, it’s safe to say your broke ass has been smoking grass and in class.

But not today! Today, you’ve got a diploma in Graphic Design — Who doesn’t need a graphic designer these days, right? — And you’re ready to take this diploma, you’ll be paying off for the next 20 years, and go to work.

First stop, Indeed.com. Why? That’s what all the ads are telling you to do if you need a job. So, you do just that and then…You type in Graphic Design

Results show: “Graphic Design, a dead field!” Notice not only the lack of a question mark, but the decision to use an exclamation point! What the f#@k!

Of course you’re going to click on it! Not only is it compelling as hell, but you literally have a vested interest.

While your heart peppers your sternum with palpitations registering on the local Richter Scale — your eyes scan the message board only to see phrases such as:

“A year later, I have not found a job to save my life. Hell, I have not received a single phone call…”

You many not know what a panic attack is, but after this moment, you will.

According to the Bureau of Labor Statistics, there is slightly over 250,000 Graphic Design careers out there today. However, every year, a mass amount of eager to be disappointed graduates take to the workforce just to find out…There were 250,000 jobs last year, and there are 250,000 jobs this year. Early indicators are, there will only be about a 4% increase ten years from now. Slower than the average for all occupations.

And here’s the thing — this isn’t pro sports. Careers don’t have a short shelf life. Someone working one of those 250,000 jobs ten years ago more than likely will be ten years from now.

Jonathan Gicewicz is the Owner/Designer/Developer of JEG DESIGN INC in Rutland, VT

But, Gicewicz has made this little one man shop of his into a company with a portfolio of clients reaching the multimillions globally.

The first signs of these were in his college days at Green Mountain College in Poultney, VT.

Where he had a degree in graphic design, right?

“It was in Fine Arts if you can believe that!” Gicewicz said in his unique tone of self-deprecating yet brash, while wearing a fresh flat-brimmed JEG DESIGN baseball cap and matching golf shirt.

“Green Mountain didn’t offer a graphic design degree back then.” Back then being the days of grunge and dot com startups: The 90’s.

Yet, while his friends were out doing the aforementioned extracurricular scientific study of testing gravity — Gicewicz was on the sole Apple Computer in the GMC Arts Building, night after night, teaching himself the Adobe program Pagemaker.

“I didn’t want to be a starving artist.” He said, eyes adrift recalling his mother, who was doing fairly well selling her paintings, but never fully capable of supporting a family off an artists income.”

“None of them could live off of JUST being an artist.”

Gicewicz assessed and he pivoted.

Shortly after, through one of Gicewicz’s professors in the art department, he entered a competition to design the outside of  Killington Ski Area’s brand new gondola’s. Winning prize wasn’t only $2,000 in scholarships — It was confirmation Gicewicz had talent equal to his work ethic. If he won, of course.

Want to know one thing successful people don’t do when they accomplish something? They don’t rest on their laurels.

Know what they do instead? They leverage it.

For what Green Mountain College lacked in a graphic design department was made up for in their Business curriculum. This curriculum was filled with marketing students looking to make an impression with their presentations. How can one do that?

As simple as that may sound, there was one more thing:

He started to brand his business.

Gicewicz took an internship and noticed one thing from this business…

“They paid the bills with large format printing. This is the early 2000’s mind you.”

“On the side though, they (the business he was interning at) did a little web design.”

This intrigued him and he spent 2 years watching, on the side, how to develop websites.  A couple years later, he plugged his nose and plunged into he deep end.

He went into business for himself. This is when the terror set in.

Yet, recalling the habits he created as a member of the GMC student body—

He assessed, he pivoted, and he hustled.

He taught himself, of course.

He took every job he could, branding his name along with it. Knowing with every website he designed, the better he was getting.  While all of his friends were out at the bars, he was home, working.

“I love it. JEG DESIGN is my child that has provided me an amazing life.”

So, when asking Gicewicz, knowing what he knows now, if he were to go back to college, would he major in Graphic Design today?

“Absolutely not. I have too many friends who can’t live off of JUST being a graphic designer.”

While Jon Gicewicz created his own breaks.  It’s his mindset that separated him, and his business, from those cluttering up the Indeed.com message boards with their excuses.

And he’s giddy…As he should be.

PrevPreviousShould You Hire A Web Designer? Part 1
NextWebsite Security: Why Secure Your WebsiteNext