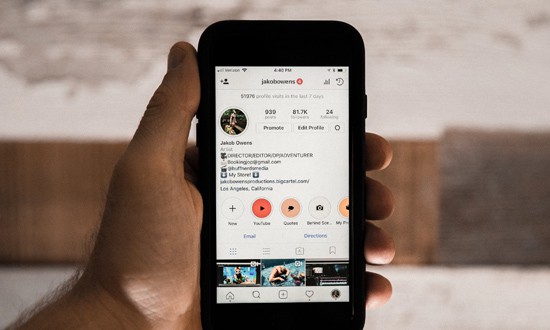 Friday Night, May 10th, 2013, Scottsdale, Arizona. Chef Gordan Ramsey, notorious for his vulgarity laced tirades on the reality tv show “Hell’s Kitchen”, is attempting to save a dying restaurant on his other reality tv show, “Kitchen Nightmares”.

A show where he comes in, orders a hodgepodge of plates to sample from their menu, spits out the bite he takes into the paper or cloth napkin, calls it “rubbish”, and rudely sends it back. Afterwards, the massively and justifiably insulted owners/chefs are berated for “their own good”, and the sake of good tv. From then moving forward, Ramsey proceeds an attempt to “rescue” the restaurant — except for Amy’s Baking Company.

In an episode for the ages, the owners of this little restaurant, in a city known for leisure, are so delusional, Ramsey sees there is no helping them and in a Kitchen Nightmares first, he walks away.

And THIS isn’t even close to where it really gets entertaining.

After the episode airs, the legion of loyal Kitchen Nightmare fans take to Amy’s Baking Company’s Facebook, Yelp, and Reddit pages. From there, they unleash a full-blown, internet troll assault on this “mom and pop” eatery.

This still isn’t where it gets interesting.

It’s when said neurotically paranoid owners hit “reply” that it became a train wreck with plutonium for cargo.

They could have, and in hindsight, should have played the victim. Taking the moral high ground by simply stating, “Hey, it’s TV! They sensationalized the entire thing for the sake of saving a program with dying ratings” (Kitchen Nightmares was off the air 16 months later).

Instead, they not only continued the narrative, they escalated it to the point of business suicide.

By hitting reply, and of course insulting the masses, their Kitchen Nightmare became an actual nightmare.

This if the first of a two-part blog about the world of social media and business. More specifically, how social media can destroy all your hard work, all your 16-hour work days, and all your entrepreneurial dreams. All by doing what the “trolls of the world wide web” want you to do…Hit reply.

Amy’s Baking Company is a fun example because we can watch how this all unfolded. But, history has shown us that it doesn’t have to be a small business to suffer the consequences of instinctive reaction.

We get it. Who wouldn’t come to the defense of their “baby”? Your business is your child. You created it, you had sleepless nights because of it, you nurtured it, you fed it, and you suffered along with it. In many cases, if it grows, you ultimately become in charge of another life. If someone in their parents basement with nothing else to do but attack your business, your child — You understandably would defend it with a fury the likes no one has ever seen…

Again you play right into their hands.

And it doesn’t have to be just restaurants like the aforementioned baking company or the burger factory; Check out what happened when banking behemoth JP Morgan simply wanted you to “#askJPM”.

Remember these cautionary tales, and so many more just like it, because within a flash and a screenshot — poof.

After doing a deep dive into social media disasters by businesses, we found a common denominator. Which is also a perfect segue into our next post. No, it’s not intoxicated owners wondering what people think of them. Even though, there is probably a case to be made for that scenario…

So, before you make any decision to reply, or think you have this clever hashtag everybody will love, or want to simply create a post to cause more engagement with your “fanbase” — ask us at JEG DESIGN INC.

We’ll walk you through all the good that can potentially come from it. More so, we will play “devils advocate”, as we break down what could be the worst case scenario which may arise from doing something you view as “harmless”.

Trust us, we want your business to show up on a Google search, we do!

Just not one for “Social Media Disasters”!