Your Web Designer Should Be Your Graphic Designer Too 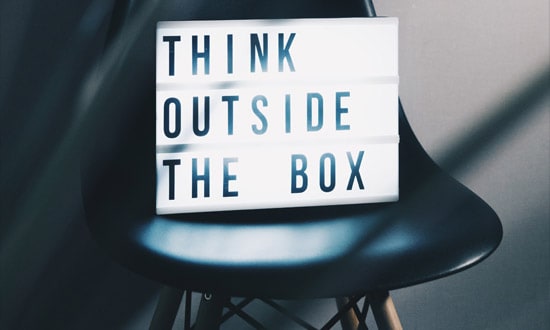 The purpose of this blog is to inform you of the differences between a graphic designer and a web designer. Why in some, not all, but in some cases hiring both could cost you drastically more money. And why, if you’re fortunate to have one with the necessary resumé, a web designer may very well be your swiss army knife for all your design need.

We are conditioned to believe in specialists.

So, believing you need a graphic designer AND a web designer doesn’t cause second-guessing in the fresh-faced and/or grizzled entrepreneur.

What is a graphic designer?

According to Collegegrad.com — A graphic designer creates visual concepts, using computer software or by hand, to communicate ideas that inspire, inform, and captivate consumers. They develop the overall layout and production design for various applications such as advertisements, brochures, magazines, and corporate reports.

“All the time. All the time I have a client send me this graphic someone drew up that won’t work. It’s too big, it’s too small, it’s this, it’s that. Putting me in a position where I calling the client up to tell them, sorry. What you just spent your money on has no chance of going on your web, mobile, and/or social site. It’s the part of my job I despise because it’s easily avoidable.”

Well, let me tell you what a web designer does.

What is a web designer?

According to sokanu.com – A web designer is someone who is both creative and technically inclined, and uses both these attributes to build or redesign websites. The web designer has the ability to understand what is needed to make a website functional and easy to use, but at the same time make it aesthetically appealing to the user.

Essentially, while reading the differences between graphic design and web design—The graphic designer is a free-flowing artist. Not limited by size, structure, or any other restraints. Their mind must be open to any and all possibilities. Creating, deleting, creating again, all with the mission of making something beautiful for the client.

A web designer is an architect. Fully understanding what is necessary to build a foundation to assure the whole website doesn’t collapse onto itself. Their mission is to create something which can not only be effective, practical, but ultimately reliable.

The graphic designer scoffs at the web designer for a lack of imagination. (Average salary, $43,073)

While the web designer looks down and shakes their head at the graphic designer for a lack of pragmatism. (Average salary, $76,141)

But what if you had both in one?

This decision and self-taught education provided one major component to what he does whenever given the task of designing a client’s graphics:

“I know how to create whiling assuring it will work. Graphic designing is a passion of mine. It’s how I entered this world. Graphic design is where I get to sit down and allow my creative juices to flow. It’s when I’m not limited by pixels and things of that nature. However, and this is something a lot of graphic designers don’t do—I’m always cognizant of whether it will or won’t work.”

When Jon is inventing a design, both sides of his brain are humming simultaneously. His intuition is flowing freely. Transforming a blank page into this elaborate, detailed, and unique piece for the client.

At the exact same time, he colors between he lines. Knowing that the slightest blemish could possibly render the entire piece moot. Forcing to start over from scratch.

Jon is a unicorn. A swiss army knife of design.

But what about the graphic designer who will then try to dabble in web design?

As opposed to someone like Jon who will sit down, know what questions to ask, and from there will create the design per the agreements the client and he have come to. Meanwhile, during the entire process, Jon will know exactly what the design needs to assure proper usage for web, mobile, and social media sites.

“At the end of the day, I’m just trying to serve my clients the best that I can. Because without them, I don’t have a living. Trust me, I know how hard it is to be a graphic designer. But the harsh reality is, it’s about them (the client) and not about me. And when you just graduated with a degree which put you six figures in debt, I can see how it may not necessarily be about them (the client) and more about you. It’s unfortunate. But it’s the truth.”

For more information about what Jon Gicewicz can provide your company in regards to graphic and/or web design, contact him today for a free design estimate today.

PrevPreviousWebsite Security: Why Secure Your Website
NextHow Reviews Can Change The Trajectory of Your BusinessNext