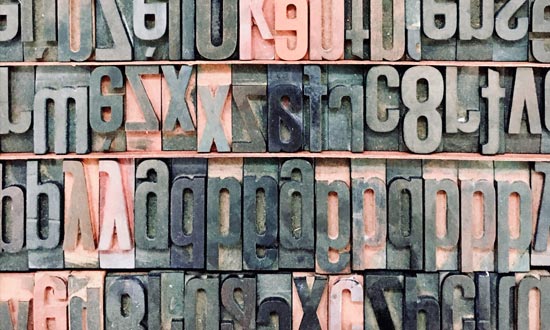 Some people go crazy over fonts. They value the slightest differences in the hundreds of different fonts available to them.

Collecting fonts as if they were gold coins. Seeking them on exotic websites, stashing them away for “a rainy day”. Appreciating the artistry. Reveling in the subtle creativity and hints of nuance they can whisper into a text.

Others couldn’t care less. If every typed, written, painted, printed, and stenciled letter in the world was in Arial, that’s fine by them. They’re totally indifferent. In fact, at times when we do force on them something different; they often resent the change for not conforming to their familiar, comfortable, reliable expectations.

This relatively new web design trend offers the best of both worlds. Variable fonts appeal to both sides of the fence while simultaneously making life a whole lot easier on professional web designers.

Helping create the user engagement that can result from the artistry of choice and intention, while still maintaining the integrity and predictability of a familiar font framework.

The digital design industry found this particular capability so appealing and necessary, electronic media giants like Apple, Google, Adobe, and Microsoft all had a hand in its joint development.

The product has the ability to store infinite variations of weight, width, and other font attributes in a single font file to allow for greater flexibility in digital typesetting without the burden of additional file size.

Simply put, it gives us the ability to create fonts of any size and boldness without giving up anything at all.

Such a breakthrough also affords us further abilities we may not initially consider.

For instance, variable fonts can allow us to round the corners of brand typeface to mimic an original logo design more accurately. Instantly eliminating those pesky problems of a loss of image continuity or definition through various digital and print forms.

The challenges of typesetting in limited space with selected fonts are reduced by the ability to make miniscule adjustments to the font. Letting it fit comfortably into spaces it was just a tad too big to occupy previously.

What that means is variable fonts now allow us to increase the weight of a font without also proportionally increasing its width. Allowing us to fit the look and content we want into the space we want without sacrifice or compromise.

On first glance, this technology may appear to hold the potential for a great deal of benefit to web designers while having very little effect on the customer experience. Understand though, anything that affords a web designer greater flexibility is a boon to the customer because it reduces the potential tension involved in the interaction between the two.

We can view this development as one giving the web designer greater freedom to bring the customer’s vision to life as accurately as possible. Without having to quibble with them over the realities of the constraints to which technology and mathematics are often slaves.

The graphic design industry appears to have hit a homerun with variable fonts, and we should all be taking advantage.

Sure, there is still the need to find common ground between the artistic creativity of the infinite sea of font styles with reliance on old, familiar font. At least now there is a compromise available. The fact is this makes the seemingly impossible task of digital typesetting more feasible is a massive bonus to both customers and designers.

And it speaks well for the future of enhanced design flexibility endeavors!

For more information about variable fonts, and why you should care about fonts; contact JEG DESIGN INC today and ask what variable fonts can do for you!