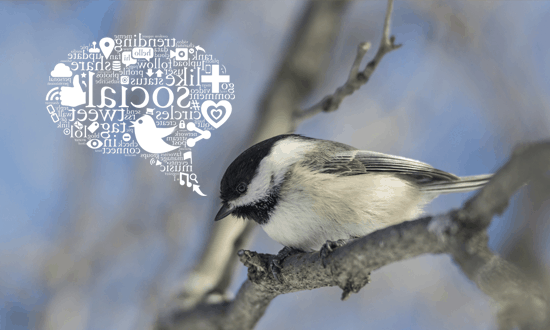 On March 27th, 2018, the Connor Family returned to the airwaves as the show “Rosanne” aired for the first time in over 10 years. An initial audience of 18 million people tuned in and eventually grew to almost 25 million after 7 days of delayed viewing.

It was a phenomenon.

Then, on May 29th, Rosanne Barr, the woman who the show stars and is named after, took to Twitter. Rosanne delivered a tweet about Valerie Jarret, Former Senior Advisor to President Barrack Obama. Jarret just so happens to be African-American.

It took ABC three days to renew “Rosanne” for the following year. It took them probably three minutes to renege on it. “Rosanne” was canceled. The phenomenon was over. People were shocked. Careers which had a resurgence were now left to wonder “what if?” It didn’t take long for news outlets to look deeper into Rosanne’s social media past, in particular her Twitter history to determine this woman was not only a racist, but clearly unstable.

But is Twitter to blame? Or is it a simple case that humans can’t be trusted on Twitter?

In the previous post on Social Media, we gave a specific example of Amy’s Baking Companies reaction to “trolls” not only destroyed their livelihoods, but left their staff unemployed. (The staff was more than likely not all that upset.)

Now, we will do what we promised: Take a dive into the abyss of Twitter and show how a moment can ruin a life.

Malcolm Gladwell, award winning, best selling author hosts a podcast called “Revisionists History”. It takes a look at events from the past and does a “deep dive analysis” of them. In the first season he did an episode called “Blame Game”. It discussed the 2009-2011 accelerator issues of Toyota. Gladwell proposed the theory, along with others, it was essentially human error due to a moment of panic where the driver, when the car automatically accelerated, hit the gas as opposed to hitting the brakes…

People, in a moment of panic, hit the gas as opposed to hitting the brakes…

Owning your business is a level of stress only other business owners comprehend. Why do you think so many entrepreneurs primary circle of friends are other entrepreneurs?

It’s a life of sacrifice, a life of stress, long days, sleepless nights, time away from the family, and a non-existent social life.

Many of us can’t fathom what this life consists of.

And some, some flat out don’t care.

For those who don’t know, this is the default avatar for a Twitter user.

More often than not, this avatar viciously attacks any and all who are more successful than they without pride, prejudice, or accountability.

And if given the opportunity, it may be the virus which will infect your business to the point of death.

A way for a fan to reach out and touch the star they adore, they admire, they love, and they are inspired by.

However, positivity and Twitter go together as well as peanut butter and lobster.

When was the last time you heard how amazing Twitter was in helping create or grow a career?

Now, when was the last time you heard the exact opposite?

But you, you’re different? You’re in control. You see Twitter as being this vehicle with infinite potential to drive your business to the “next level” with promotional tweets and clever hashtags.

If we may, allow us to propose a hypothetical. More so…

A Day in the Life…

You’re tired. It was a slow day in a string of nothing but. If you had as many customers as you had people trying to sell you their goods or services you’d be Warren Buffet.

You’re home life isn’t any easier. Microwaving leftovers is your definition of a hot, homecooked meal. Kissing your kids on the forehead and stroking their hair for two minutes as they sleep is your only form of quality time. You’re hoping your spouse is asleep because you promised to be home before 10. It’s almost midnight. You need a drink. One becomes three, and you’re not a drinker.

In a moment of keyboard and craft brew confidence, you decide to see how your Twitter page is doing. Friends tell you not to, but they’re not as strong as you, plus you read an ebook about social media marketing.

You see a notification indicating interaction. Compulsion and curiosity are in charge now.

“Stopped by Mikes Bikes, and let me tell you, the owner is miserable douche and I could have gotten a better deal on Amazon. #smallbusinesssucks”

You click on this “eggs” profile name “RadRonnie420”, and see a history of similar tweets about other local businesses. Businesses who belong to friends.

Enough is enough and you’re going to have your “Network” moment!

You take a pull of your beer and with a glowing smirk, you respond:

“Hey @RadRonnie420”, what have you done other than run up your parents electricity bill? Let me guess, 40? Living at home? Making minimum bagging groceries? Get off Twitter, get a real job, and get a life! #Idontwantyourbusiness”.

You slug your beer with a sense of satisfaction you haven’t felt in some time.

RadRonnie420 not only retweeted what you said, he specifically makes mention of how you are not only making fun of people who make minimum wage, but how you don’t care about his business.

In a moment of panic, you hit the accelerator instead of hitting the brakes.

Here is a list of the Top 100 Twitter Followers. Find me a business that provides a good or service? Find me anyone who isn’t a celebrity or athlete.

Twitter is a vehicle with a sticky accelerator and it thrives off instantaneous human reaction.

Sure, social media is crucial in today’s age in helping you, your business, your family, and all your employees be a success.

There are so many other ways to help promote your business. Let us tell you about them.