Graphic Design - How Did They Do That?

Iconic graphics don't happen by accident. They require trust between the client & designer. This is about how memorable graphic design & trust is created.

My girlfriend was cooking chili.

The seasoned ground turkey was sizzling. The organic diced tomatoes were simmering. And the aroma from the variety of spices filling the air caused my and her youngest boys stomach to growl with anticipation.

“Set the table boys”, she softly ordered with her mellifluous voice.

I grabbed the silverware and napkins. He grabbed the queso, cheese, and tortilla chips. Clearly, this boy who was only hours away from turning the big 1-0 was much wiser than I.

I turned around and suddenly before me was a bag of Tostito lime chips in my face.

He, being unaware of the cocktail consisting of two-parts sleep deprivation and one-part starvation being shaken within me, was lucky I didn’t tackle him for just one of those delicious white corn chips.

“Food” I slightly snapped back. Douchieness is my default programming.

I quickly reached out trying to snag it from his tiny handed grip. He recoiled, evading my T-Rex wingspan with a simple step back of three-inches.

“No, the bag, what do you see?” This time pointing to the logo as he inquired.

“It’s two people dipping a chip into salsa!” He quickly answered for me, obviously seeing my eyes glaze over with stupidity cloaked in apathy.

But then, after my infantile responses were swallowed down by not picking on the boy, knowing mom was within listening distance—I realized, damn. How genius!

I wondered internally: What was it like to create such a fantastic graphic? What was that moment like when the designers realized they had something spectacular? What did that entail?

And then I snatched the bag from the kid and scarfed them down like I have never tasted food before. 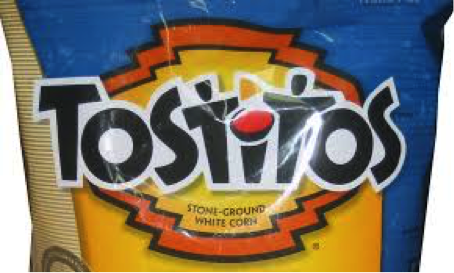 This is the second blog in a two-part series about the design process Jon Gicewicz at J.E.G Design goes through. In the first part we examined web design. In this we will provide you the experience of graphic design as seen through the eyes of a man who has been designing graphics professionally for 15 years.

In the blog about web design, the very first question he posed any potential client was whether or not they have an existing website. Same thing here, except it’s existing literature, website, banner, or anything that may have a logo associated with it.

If they do, typically there are fonts and color schemes the client loves which Jon will only expand upon, sharpen, make a little more sleek. Think about your favorite sports team or product who has had the same logo forever. How it has evolved. Morphed through the decades.

Now, if they don’t have any such graphic, if they’re starting from scratch--this is when things get interesting.

Because, Gicewicz will then ask the client “Are there any brands you like?”

You know, if you’re a restaurant, is it McDonalds? Or Ruth Chris? If it’s a car dealer, is it Ford or Audi?

But that isn’t why it’s interesting. It’s because, well…I mentioned in the blog about web design, clients know their competitors very, very well. And imitation is the sincerest form of flattery, right? Well, not necessarily when it comes to graphic design. It’s can be viewed as laziness.

“I’m telling you, clients ALWAYS want what their direct competition already has.” Gicewicz said holding back a little chuckle.

Gicewicz is a patient man. Patience, a gift from doing this for so many years. Also, required to be successful when dealing with a variety of customers in a world of creativity.

He will then say to the client, “let me show you something”. This is where he provides them a booklet/portfolio of ideas hopefully inspiring. Hopefully releasing their creative juices from this little isolated spring which only consists of them and their direct competitor into a river of dreams which they never knew they possessed.

From there, after getting a sense of what the client is potentially looking for, he says…”Let me work something up for you and we can go from there”.

Before we move on, I must tell you a question I asked Gicewicz—

Me: “In your years of doing this, have you noticed the most successful clients you have are the ones who have original ideas? The ones who don’t care about what their competition does?”

Take note of that when it comes your turn to seek a graphic designer. And if your brain doesn’t think like that. If you’re convinced you don’t have the creative capability to conjure up an original, one of a kind, unique image—Don’t worry. You’re not expected to.

“Whether they want it or not, I will always create an original, spec design for them. Of course I will provide them what they asked for. Essentially a copycat of whatever their competitor has. But when they see the custom design I drew—More often than not, they get excited and go with the original I created.”

“You love that don’t you?” I quipped.

“More than anything.” He responded.

Gicewicz not only loves providing options, he relishes it. It’s his stage. His time for a solo performance displaying all the years of practice. The years of sketching, tinkering, creating, designing. While his clients are concerned about their competition and how they can look better than them. Gicewicz goes above and beyond in his graphic designing KNOWING this is what his competition doesn’t provide. The extra step.

Subtext is what lies underneath. The hidden layer which causes us to have an emotional response. A response we don’t know that we’re having, we just know we’re having it. This isn’t by accident or coincidence. This comes with years of experience in doing just that.

Hidden messages within logos is by design. Specifically designed to make you remember not only who they are, but exactly what they do. They weren’t created because they tried to look like their competition, or because their brain didn’t permit them to think “that way”. It’s because they trusted their designer to go out, think outside the box, to be unleashed.

To possess trust like that isn’t easy. Actually, it’s damn hard. Your logo is the first thing anyone sees. What they think of when they think of you.

This type of trust has to be earned.

Jon Gicewicz has been earning the trust of his clients for over a decade and a half when it comes to designing their logos. He wants a chance to earn your trust. That’s why he is offering a free estimate to anyone looking for a graphic designer. Contact JEG DESIGN INC today and set up your appointment to take advantage of this special offer.

And who knows, maybe your girlfriends kid will be tormenting you wondering if you see the message behind your logo.